PYD Honors Ben Golub at Party for PYD on May 8th! 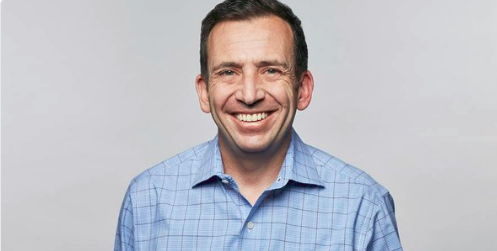 Entrepreneur Ben Golub has been involved with Partners for Youth with Disabilities since 1995. Although he lives in Palo Alto, California – more than 3,000 miles away from Boston – Ben continues to be a supporter, mentor, and advisor for PYD staff and its board of directors. He feels inspired not only by the people who work for PYD, but also by the youth whose lives have been touched by the organization. Ben says it has been “incredibly gratifying” to see PYD’s continued growth in a number of areas, such as the number of youth served, the magnitude of programming, and the extent to which PYD has inspired and helped launch similar programs across the country.

Ben has many great memories with PYD over the past 24 years. One of his favorites memories was a few years ago at Party for PYD, where he saw Chris Hart and Ray Grand, who were youth participants when Ben moved from Boston. Ben says, “to see them now as successful and empowered adults, to hear their stories of how PYD influenced their lives, and to know that they have decided to ‘pay it forward’ is very gratifying.”

Ben feels “very humbled” to be honored at Party for PYD on May 8. Ben wants to share the honor with the incredible PYD staff and volunteers. He says the staff and volunteers “know more about running PYD and developing programming” than he could possibly know. Ben serves on a number of boards for other non-profits, and he feels there are important lessons from PYD’s journey that those organizations can apply to themselves. Due to his experience with multiple non-profit organizations, including serving on PYD’s board of directors in the past, Ben continues to provide the PYD staff and board with advice centered around fundraising, “and the importance of building a base of individual supporters, in addition to using grants and sponsorships.”

Thank you Ben for being an amazing leader at PYD for almost a quarter of a century!

We invite all to join PYD on May 8 to meet Ben Golub in person and celebrate all he’s done for the organization and beyond. Learn more and purchase your party tickets here.