‘Mentor of the Year’ Jeff Weinstein 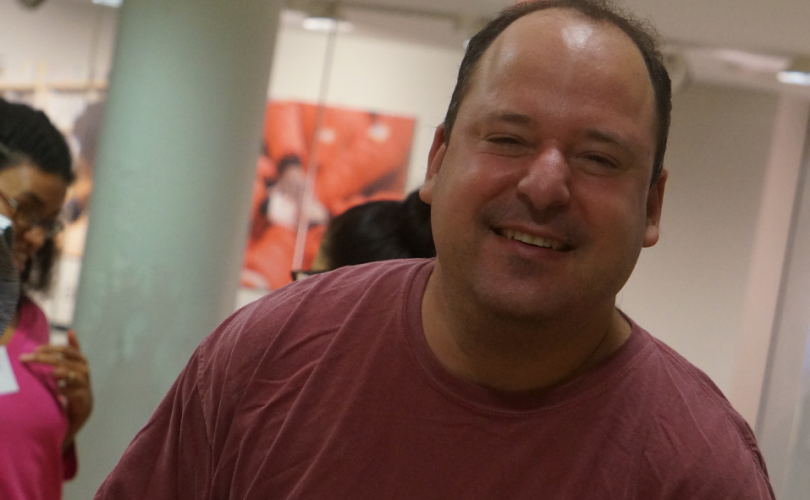 We are excited to recognize Jeff Weinstein as ‘Mentor of the Year’ at our Mentor Appreciation Night on November 2nd! Jeff displays outstanding guidance for all of his mentees at PYD.

Jeff made the decision to get involved with PYD almost nine years ago as he closed an important chapter of his life. He desired to do something more for the community, something meaningful. After spending time and building relationships with his three mentees and our organization, Jeff feels a great sense of accomplishment in being recognized by PYD – and we are feeling just as enthusiastic about honoring him!

Through Jeff’s time with us, he has learned and displayed invaluable lessons that he knows will stick with him for life. Among the many lessons he has learned, the most prominent one is to be kind to people and to value others. “At PYD they really value people doing their best,” Jeff stated.

Although he has had three mentees over the years, Jeff’s current mentee of three and a half years, Jackson, can vouch for his excellence. “This is actually the second time Jackson has nominated me for this award,” Jeff stated.

From Red Sox games to the New England Aquarium, Jeff and Jackson discovered they have many shared interests that make their bond so special. Jeff noted that he sees a little bit of his younger self in Jackson.

As of now, Jeff looks forward to where the future will take him, but knows he will always remain a part of PYD. He is excited to continue building relationships with our staff and his mentees, and to display the lessons he has learned from our organization throughout his life. Congratulations for being our Mentor of the Year, and thank you for having a huge impact on our youth, Jeff!

This article was written by Victoria Mullen, Julie Fager and Jessica Swarm of the BU PRLab and edited by Nicole Ciarlone.