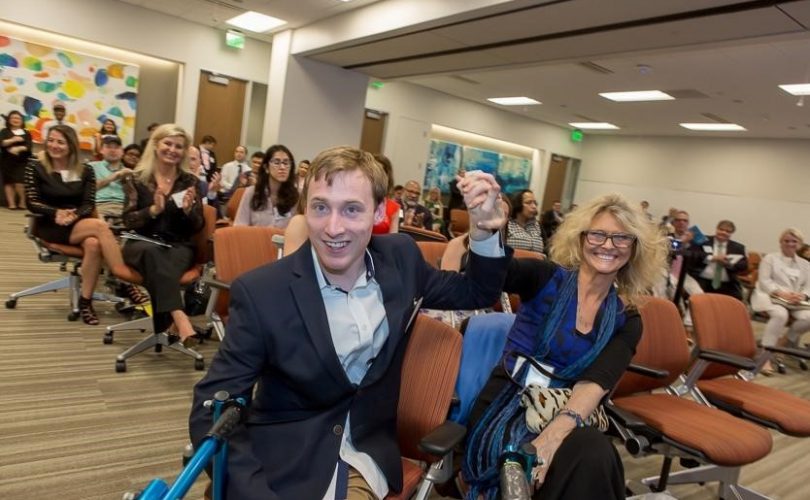 The Chris Dunne Peer Leadership Award is one of the four awards we’ll be honoring our young leaders with at Mentor Appreciation Night on November 2nd. The award is based on leadership and spirit in the PYD community.

For the past two years, Austin has had many roles at PYD. He started out in our Youth Fellowship program and then became an intern at the PYD office. Now, he assists with mentor/mentee matching.

This is an important message that we can take from Austin – he understands that he may not always succeed right away, but it is the effort that he puts in that makes him a positive role model to those around him.

Though he has already had a significant impact on his community, in the near future Austin hopes to further develop his leadership skills by becoming a mentor himself.

You can check out Austin’s radio program, Austin in the Afternoon from 12:00-1:00pm on Thursdays on Radio Perkins.

This blog post written by Victoria Mullen, Julie Fager and Jessica Swarm of the BU PRLab.