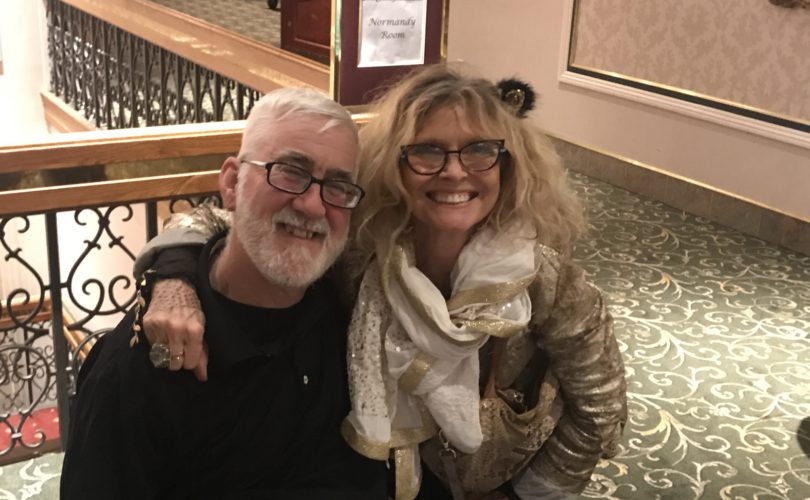 Party for PYD 2020, our annual benefit event dedicated to raising program funds and increasing the awareness of mentoring, is scheduled for May 7th from 6:00 to 8:00 p.m. The party will be hosted again by EY at 200 Clarendon Street in Boston, Massachusetts. Guests will enjoy live and silent auctions, appetizers, refreshments, live music, a youth performance, and more. Together, we celebrate our youth, honorees, successes, and partnerships.

One of our Legends honorees this year is the 3 Generational Match of George Donahue, Gregory Walsh, and Austin Lam. George has been a mentor for PYD since nearly its inception. George, who has Muscular Dystrophy (MD), began mentoring Greg when Greg was just a teen. The two formed a bond and developed a caring and supportive friendship, which continues to this day. Greg, who recently celebrated his 40th birthday and has Cerebral Palsy (CP), became a mentor in his 20s. He was matched with then seven-year-old Austin, who is affected by CP in much the same way as Greg.

George has many talents, including painting, videography, and writing. He is currently writing a book about his involvement with PYD over the last 30 years called The Space Between My Words. George shared an excerpt of the book with PYD:

“Big Brother Big Sister. Can I help you?”

“Ah yes. My name is George. I recently became disabled and I currently use a wheelchair. I am looking to become a Big Brother to someone who has a disability. I was hoping your organization could help me make that connection.”

“Yes George. We actually do not currently have a program to help older match persons with disabilities yet, however, we hope to do this in the near future.”

“Is there anything or anyone you can think of that I may be able to get involved?”

“I was just going through my rolodex and found a person and a number you can call.”

“Call this number. Her name is Regina Snowden…”

“Hello. Is this Regina Snowden? My name is George Donahue and I was given your number from the Big Brother program. I thought I might want to talk with you about opportunities your program may have for me.”

This is how my journey began at Partners for Youth with Disabilities. After speaking with Regina, I met with Shirley Dobson, the Intake Coordinator for the Mentor Match Program at PYD.

My first match was with a young man from Dorchester by the name of Joao. We met at least once every two weeks. I would pick him up at his house. On one of our first trips we went to the JFK Library. As time went on, I would bring Joao to my office in Cambridge where we studied Algebra, which he was behind in his classes by a few chapters. We started participating in the Youth in Preparation for Independence (YIPI) program offered by PYD. YIPI would meet at the Elliot Church in Newton. About sixteen young adults with disabilities would meet every other Friday night. Eventually I became one of the Youth Coordinators of the program.

It was here at YIPI where I was matched with another mentee, Christopher Dunne. During one of our first get togethers we interviewed Bob Hall of Halls Wheels. Christopher interviewed him and I held a camcorder to capture the event. Chris was quite a person. He ran his own business called Soda and Snack Stop, worked as a park Ranger for the DCR, and had a new accessible visitors center at Breakheart Reservation named after him. At Stride Rite where I worked, he became an intern and worked as a front desk greeter. We went on so many adventures before he left us too soon, but that is another story.

My third mentee was Gregory Walsh. He is an extraordinary young man. We also met in the YIPI program. We would often chat online and play chess over a chatroom. We used to meet in Watertown at outdoor concerts and play chess. People would stop by and watch how Gregory would use a clear Plexiglas board with letters to communicate his next move on the board. We have had many exciting adventures such as going to Disney in Florida right after the big April 1st snowstorm, and we continue to stay connected to this very day.

Now Gregory took our mentor—mentee match a step further and mentors Austin Lam. I encourage you to talk with Gregory about all their adventures together. This past February, Gregory, Austin and I visited the NEWTV cable station for a tour with plans to tape a segment of a program called From Where I Sit, a thirty-minute show that explores the world of disability. 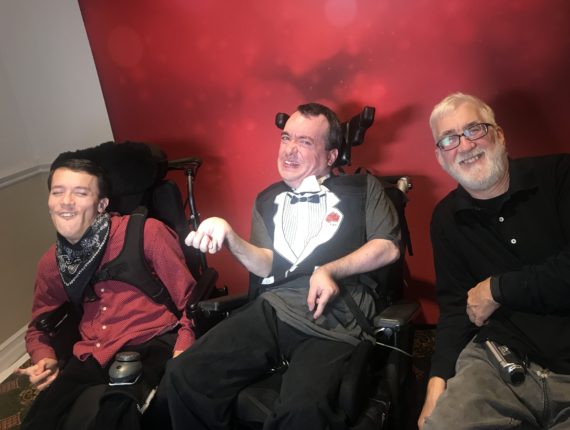 I have learned from my mentees and the programs of PYD to help me with my challenges and obstacles that come my way more than anything else. I am so proud of watching the Mentor Match Program grow to a point that my mentee Gregory Walsh has become a mentor to Austin Lam. This is a true example of paying it forward and onward!